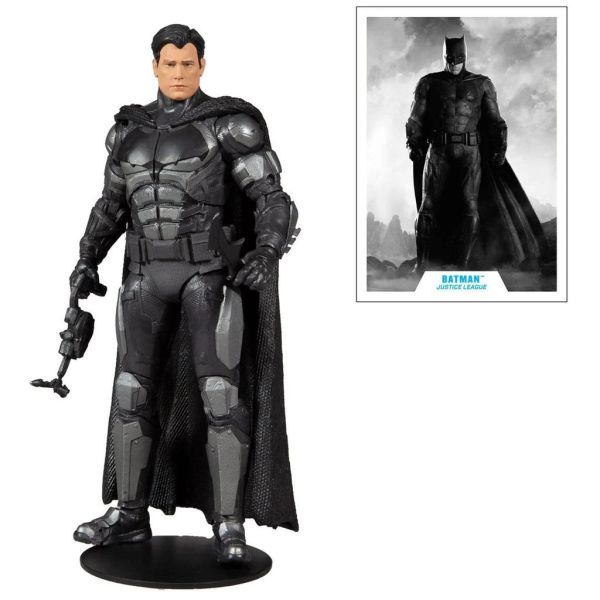 Skip to the beginning of the images gallery
AED103.95
In stock
See all products from DC COMICS
Free Delivery
For all orders over AED 150
3 Days Return
If goods have problems
Secure Payment
100% secure payment
24/7 Support
Dedicated support

Entertainment Earth Exclusive! From the 2021 director's cut Zack Snyder's Justice League movie, aka the "Snyder Cut," comes this mask-less Batman 7-inch scale action figure. The Justice League Snyder Cut Batman Figure is designed with up to 22 points of articulation, for a full range of posing and play. Based on his look in the Justice League film, he comes with a collectible art card with movie photography on the front and a character biography on the back. The DC Zack Snyder's Justice League Batman Unmasked Figure - Entertainment Earth Exclusive is packaged in a window box with a batarang, a grapnel gun, and a base. Quantities are limited, so order yours now!

As Gotham City’s greatest vigilante, Batman fought single-handedly for years in a relentless pursuit of justice. Now, after witnessing Superman’s ultimate sacrifice for mankind, Bruce Wayne's restored faith in humanity compels him to bring together a team of powerful superheroes to save the world.
More Information
Reviews